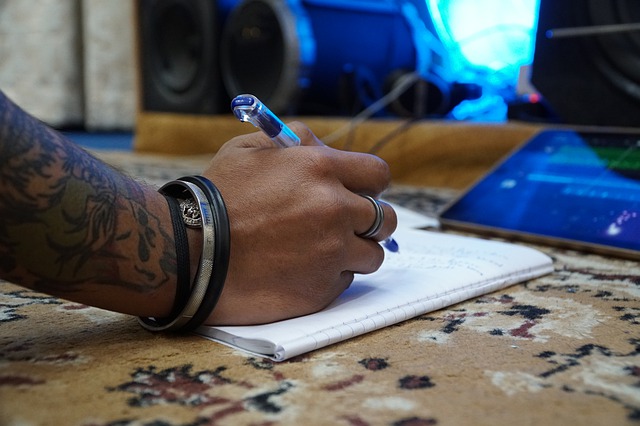 When music and phrases and words come together they become a song. But it is not just words alone that make a song, but the meaning, the message and the inspiration.

Whether you’re just starting out or at it for some time, there will always be room for becoming a better songwriter. Of course, it is not something that is learned overnight. Thus, no one out there too said that they just dreamed of singing words to a melody then the next day they have their song finished.

Still, it takes a lot of time.

Getting better, therefore, may just be a matter of exposing yourself to the right information and practices, and applying them to your daily life.

With that said, here are 10 tips to help you become a better songwriter.

It’s true that inspiration can come from a variety of places, but the hard reality is that just like playing an instrument, great songwriters become great by practising.

It’s especially important to remember that early results are almost never that promising. It’s okay to write a crappy song. The key is figuring out what about the song wasn’t so great and what needs to be done to improve it.

There is a popular saying about two heads being better than one and it’s being proven more and more in the songwriting business. Today, the majority of songs that wind up on the charts often feature two, three, four…up to more than ten songwriters. Beyoncé’s “Hold Up,” for instance has all of 15 songwriters being credited.

Co-writing not only allows for the sharing of ideas, but it also exposes you to the different ways other songwriters create. You could easily learn something new that you could incorporate in your own craft.

Start With The End In Mind

After the initial ideation period, it’s time to settle on the scope of the idea and draw the finish line. This is important because a song needs a story and a story needs movement.